NOTE: During the interview, McKeever quotes Ontario Libertarian Party leader Allen Small. Those quotations, together with a link to the source text, is provided here: END_OF_DOCUMENT_TOKEN_TO_BE_REPLACED

END_OF_DOCUMENT_TOKEN_TO_BE_REPLACED

In anticipation of the June 7, 2018 Ontario provincial election, Freedom Party of Ontario released its 2018 Election platform in the early morning of February 13, 2018. In 2011, Freedom Party had released the world’s first-ever election platform audiobook and, for 2018, it again produced an audiobook version of the its platform (released at the same time). In the run-up to the election, the plaform also could be viewed in html format. END_OF_DOCUMENT_TOKEN_TO_BE_REPLACED

Ontario’s 2015 Budget was released at 4:00 PM on Thursday, April 23, 2015. At approximately 3:45 PM, on The Live Drive program (NewsTalk 1290AM CJBK, London, Ontario) with host Andy Oudman, Paul McKeever, leader, Freedom Party of Ontario, was interviewed about the Budget, and the governing Liberal party’s 12 year track record.

END_OF_DOCUMENT_TOKEN_TO_BE_REPLACED 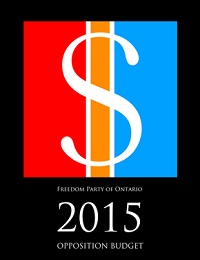 Freedom Party’s plan for a balanced Ontario budget in 2015. Submitted to Finance Minister Charles Sousa as part of the Ontario budget consultation process, and to Ontario’s 107 MPPs, on February 10, 2015. END_OF_DOCUMENT_TOKEN_TO_BE_REPLACED

“When it comes to balancing Ontario’s mammoth budget deficit, Ontario’s government health insurance monopoly is still the elephant in the room. That is the central message of the Freedom Party of Ontario’s fourth annual “Opposition Budget” released today…” Click here to read the full media release. 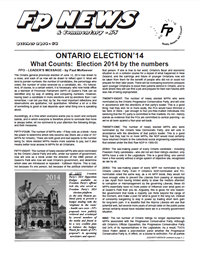 “Freedom Party of Ontario leader Paul McKeever today recorded an statement to the voters of Ontario, setting out what he would have said at last night’s televised leaders debate, had he not been denied participation in it.  The 7 minute, 50 second recording of his address can be heard by clicking here: https://freedomparty.on.ca/archive/audio/2014-06-04.leaders-address.mp3. The full text of Paul McKeever’s statement follows…” Click here to read the full media release.