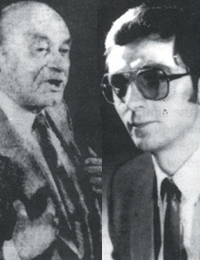 Note: In 1986, Freedom Party promoted this recording as one of its “Hear the Voice of Freedom” cassette series. In the promoted version, the original recording (taken from the June 20, 1986 episode of Hotline, with Wayne McLean) was preceded by an introduction. Links to both the “Hear the Voice of Freedom” production, and to the original Wayne McLean recording from which the production was made, appear below.