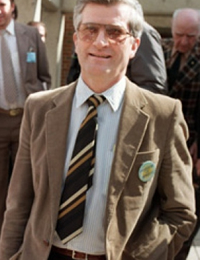 END_OF_DOCUMENT_TOKEN_TO_BE_REPLACED

AUDIO – DESCRIPTION:
On or about April 23, 1985, the federal Special Committee on Pornography and Prostitution (also known as the “Fraser Committee”) released a report of its findings (the committee had been formed in June of 1983, and held hearings across Canada beginning in December of 1983; it held a hearing in London, Ontario on February 9, 1984). The London Status of Women Action Group was a radical feminist – i.e., cultural Marxist – group in London in the early 1980s, and had actively campaigned in favour of banning pornography. With respect to depictions of sexual activity in magazines or movies, virtually all such depictions were rejected by LSWAG as depictions of female degradation and violence against women.

On July 23, 1985, Radio 98 talk show host Wayne McLean began his show by interviewing the then-president of LSWAG, Judith Moses. Thereafter, McLean took calls from listeners in London, including Freedom Party of Ontario president Robert Metz, who shared an interesting fact about a study about men and what they find attractive or repulsive in sex between a man and a woman (the results were regularly being misrepresented by radical feminists, so as to leave the impression that men are attracted to non-consensual sex with women).

NOTE: This recording was captured from a cassette tape that had been in storage for over 30 years. The first 20 minutes of the tape suffers from increasing audio distortion, but the distortion disappears thereafter.

END_OF_DOCUMENT_TOKEN_TO_BE_REPLACED

AUDIO – DESCRIPTION:
According to notes taken by Lloyd Walker, this call-in to a CBC (Toronto) talk radio program by Freedom Party’s Gord Mood occurred in the summer of 1985. According to the notes, the CBC host was taking calls in response to a discussion about the National Citizens’ Coalition (NCC) and unions. Mood favours open shop unions to closed shop ones, and employees getting paid according to the value of their labour.

END_OF_DOCUMENT_TOKEN_TO_BE_REPLACED 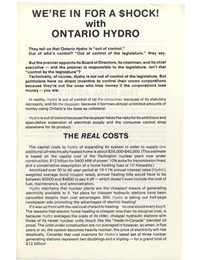 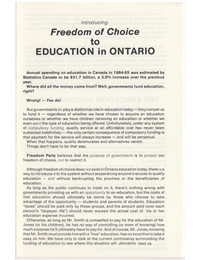 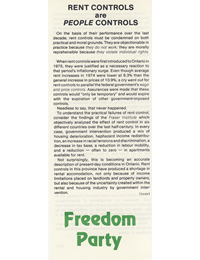 This is Murray Hopper’s “Poverty and Government” issue paper. END_OF_DOCUMENT_TOKEN_TO_BE_REPLACED 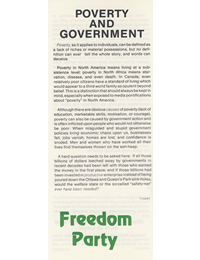 This is one of two versions of Murray Hopper’s “Poverty and Government” issue paper. The publication dates of the two versions were: 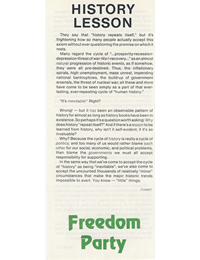 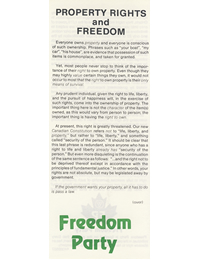 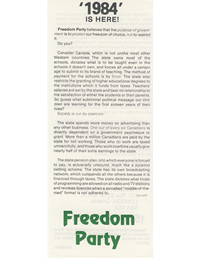