In the summer of 1986, the City of London was considering making a bid to host the 1994 Commonwealth Games. Marc Emery and the Freedom Party of Ontario had already successfully campaigned – alone – against London’s bid to host the 1991 Pan Am Games (a bid that would have stuck taxpayers with a tab for hundreds of millions of dollars). So, when London Mayor Tom Gosnell was the guest of Wayne McLean’s London-based radio show, to speak about the Commonwealth Games bid, Marc Emery called in to oppose taxpayer funding for the bid, and a bit of an exchange between himself and the mayor ensued. At the end of the program, McLean held a rapid-fire yes/no poll about whether London should bid for the 1994 Commonwealth Games, and Freedom Party’s Robert Metz – knowing that the bid would again stick taxpayers with a tab to pay land developers and others for the building of white elephants – called in to say “no”. The “no” side won the poll.

NOTE: Ultimately, BC taxpayers were the ones who got stuck with the $142M bill for the 1994 Commonwealth Games, which were held in Victoria.

END_OF_DOCUMENT_TOKEN_TO_BE_REPLACED 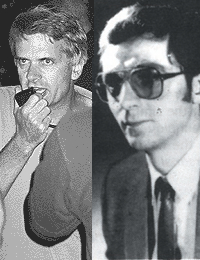 FPO’s President Robert Metz calls into the Wayne McLean radio talk show and asks the show’s guest – anti-capitalist poverty activist John Clarke – how jobs are made. Metz also asks Clarke to describe what he thinks is “the better system”. His answer, without naming it: communism.

END_OF_DOCUMENT_TOKEN_TO_BE_REPLACED

AUDIO – DESCRIPTION:
On July 14, 1986, Mr. Justice Dennis O’Leary of the Ontario Divisional Court issued his decision with respect to an Ontario regulation that required government funded schools to open or close each school day with religious exercises consisting of the reading of the Scriptures or other suitable readings and the repeating of the Lord’s Prayer or other suitable prayers. Five families in Sudbury, Ontario, had challenged the constitutionality of the provision under the Canadian Charter of Rights and Freedoms, which had been adopted only 4 years earlier. Having lost at trial, the families appealed to the Divisional Court. Divisional Court Justice O’Leary dismissed the appeal. He held that (to quote Ontario’s Court of Appeal):

“…the religious exercises prescribed by s. 28(1) did not infringe the guarantee of freedom of conscience and religion provided by s. 2(a) of the Charter. Alternatively, he held that, if the Charter freedom was infringed, the infringement was justifiable under s. 1 of the Charter which provides:

1. The Canadian Charter of Rights and Freedoms guarantees the rights and freedoms set out in it subject only to such reasonable limits prescribed by law as can be demonstrably justified in a free and democratic society.

He was of the view that the inculcation of morality was a proper educational object and that morality and religion were intertwined. If this resulted in any infringement on minority religious beliefs, it was not substantial. He pointed out that the religious exercises did not have to be Christian and, except in the case of non-believers, could be consistent with the Charter which, in its preamble, recognizes “the supremacy of God and the rule of law”.

London, Ontario’s AM980 news reported that Justice O’Leary’s decision essentially meant that the Charter’s power to defend the rights and freedoms that it lists were largely meaningless.

On its face, s. 28(1) of the regulations infringes the freedom of conscience and religion guaranteed by s. 2(a) of the Canadian Charter of Rights and Freedoms. The recitation of the Lord’s Prayer, which is a Christian prayer, and the reading of the Scriptures from the Christian Bible imposes Christian observances upon non-Christian pupils and religious observances on non-believers. The right to claim exemption from religious exercises conferred by s. 28(10), (11) and (12) does not save the regulation. Section 28 imposes on religious minorities a compulsion to conform to the practices of the majority, and the evidence in this case supports this view. Moreover, the exemption provisions discriminate against religious minorities. Harm to individual pupils need not be proved by those who object to s. 28(1). The denigration of minorities’ freedom of religion and conscience by the operation of s. 28(1) constitutes an infringement of s. 2(a) of the Charter which is not insubstantial or trivial.

The regulation is not justified under s. 1 of the Charter, as the purpose of s. 28(1) is religious. Even if s. 1 applied, the Charter infringement cannot be justified, because s. 28(1) fails to impair the appellants’ freedom under s. 2(a) as little as possible. There are less intrusive ways of imparting educational and moral values than those provided in s. 28.

NOTE 2: This recording includes two reports from AM980 that occurred on the same day. For the purposes of dating this archive entry, it is assumed that Metz’s comment was reported one day after the decision was rendered.

END_OF_DOCUMENT_TOKEN_TO_BE_REPLACED 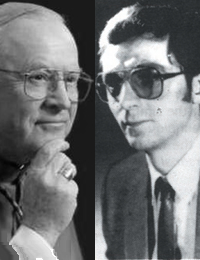 FPO’s President Robert Metz calls into the Wayne McLean radio talk show to tell the show’s guest – Bishop John Sherlock – about his concern for a an anti-capitalist statement on the economy.

END_OF_DOCUMENT_TOKEN_TO_BE_REPLACED 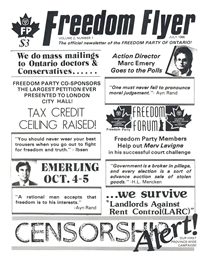