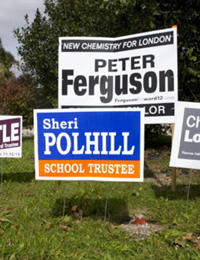 Description:
On September 10, 2017, Jennifer Bieman of the London Free Press wrote a report concerning a new municipal by-law in London, Ontario that will prohibit candidates from putting their signs less than 10′ apart. Robert Metz was interviewed about his views on the by-law. END_OF_DOCUMENT_TOKEN_TO_BE_REPLACED 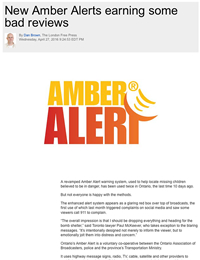 Description:
Until late March of 2016, Ontario’s Amber Alert system notified television watchers of child abductions without interrupting programming. That changed in late March 2016. CRTC approval was given to a system that interrupts TV and radio programming, forcing the consumer of TV/radio programming to miss the content they have paid to watch. On April 27, 2016, Dan Brown of the London Free Press wrote a report concerning his interview of Paul McKeever, leader, Freedom Party of Ontario, regarding the changes to the Amber Alert system. END_OF_DOCUMENT_TOKEN_TO_BE_REPLACED 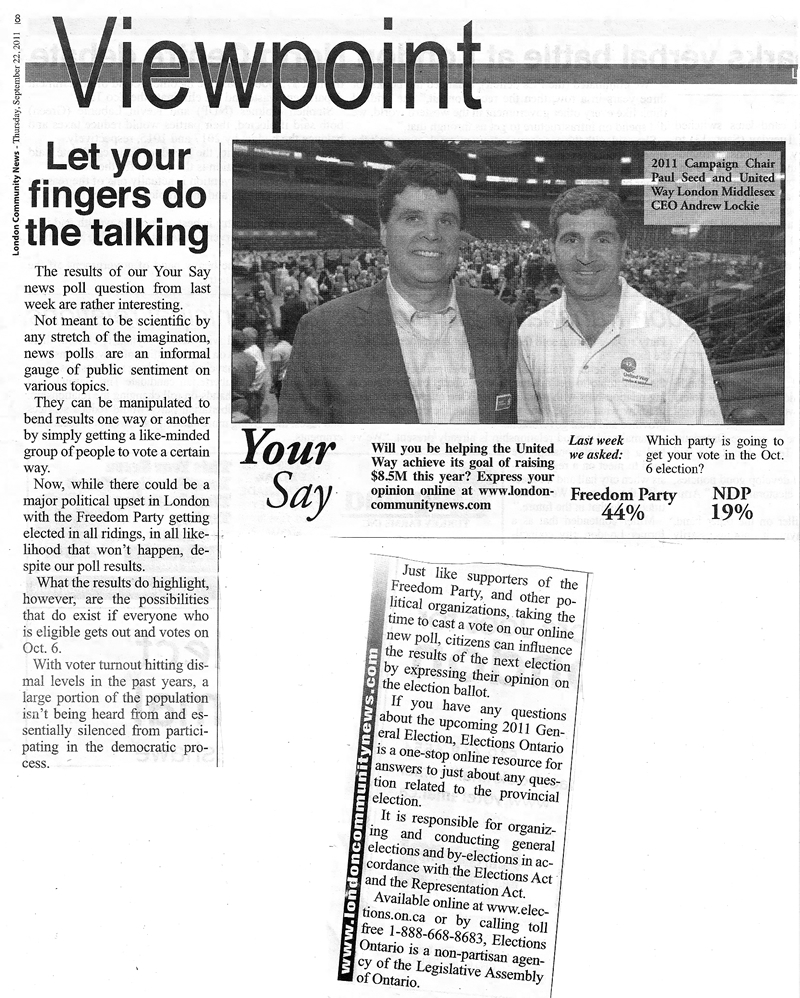 August 3, 2011 – The St. Thomas Times-Journal (SunMedia/Canoe) today ran a large and well-researched story today about the release, yesterday, of Freedom Party of Ontario’s “Separating Public Schools and Organized Religious Practice” plank. Writer Nick Lypaczewski sought comments about the plank from the Progressive Conservative candidate running against Freedom Party leader Paul McKeever in the riding of Elgin-Middlesex-London, and spoke to a superintendent of education with the Greater Essex County District School Board about its “pilot” project to teach public school children in Arabic. Click here to read the article. Don’t forget to share it with your friends and acquaintances. And be sure to send a brief (3 to 5 sentence) letter to the Editor, expressing your views about the story, and the issue. You can submit your letter to the editor of the St. Thomas Time-Journal here. END_OF_DOCUMENT_TOKEN_TO_BE_REPLACED 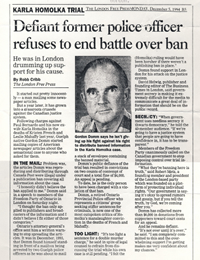 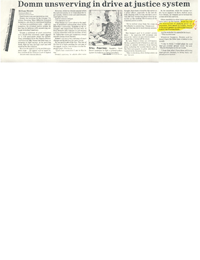 Description:
On December 3, 1994, Freedom Party of Ontario held a dinner in London at which former police officer come free speech/justice activist Gordon Domm was a guest speaker. On November 10, 1994, The Guelph Mercury published this report, which made reference to Freedom Party’s dinner event. END_OF_DOCUMENT_TOKEN_TO_BE_REPLACED 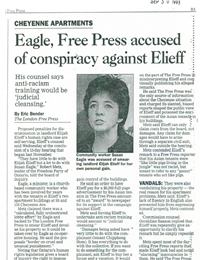 Freedom Party’s Jack Plant (later to be party leader) researched the press coverage of Elieff and his Cheyenne Apartments at London’s public library, and made photocopies of the London Free Press articles that he there found about the subject. The articles would assist Metz in his successful defence of Elieff. These are the articles that Plant copied, and upon which Metz relied. A number of post-hearing articles are included below, also, having been added to Freedom Party’s newspaper clippings file for the Elieff matter. END_OF_DOCUMENT_TOKEN_TO_BE_REPLACED