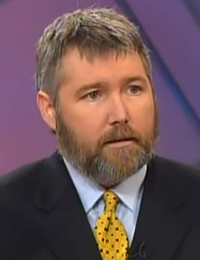 On September 11, 2008, Freedom Party of Ontario leader Paul McKeever and Al Kirouac (publisher, The Halton Herald) were panelists on “On the Line” (CTS) with host Christine Williams. In this episode, the panel discusses: Green Party leader Elizabeth May invited to federal election leaders’ debate after initially not being invited; the 7th anniversary of 9-11: have anti-terrorism measures gone too far and have we become paranoid; two Toronto District School Board trustees put their foot down against having armed police officers in Toronto schools. END_OF_DOCUMENT_TOKEN_TO_BE_REPLACED