Two days before voting day in the Ontario election of 1990, Robert Metz – then leader of Freedom Party of Ontario – was the guest of the London, Ontario talk radio program Talkback (with host Anne Hutchison). With the exception of a call about land deals in London, most callers were interested in talking about health care. One caller recalled affordably buying health care insurance for $30 per month for a family of six in the years prior to 1969, when Ontario’s Progressive Conservative government banned private health care and instituted Ontario’s socialized health care monopoly. Another, defending Ontario’s socialist health care monopoly, called to say that each individual is his “brother’s keeper”. Another insinuated, falsely, that Metz and Freedom Party wanted a system akin to that in the United States. Openly opposing “univeral” health care, Metz’s reply was that the issues of health care and poverty are separate issues, and that Ontario residents should have a choice when it comes to paying for health care or helping the poor.

Most commercials have been removed from this recording, but election commercials by the Progressive Conservative Party, the Ontario Medical Association, a union, and the New Democratic Party have not been removed from the recording. Pay particular attention to the fact that, even in 1990, even Ontario’s doctors were saying that the Ontario health care system was leaving people suffering – even dying – in the health care queues and under-service that necessarily has constantly plagued the Ontario government’s rationed (i.e., socialist) health care monopoly since its inception in 1969.

NOTE: This recording was reconstructed from two cassette recordings of the same broadcast. One of the cassettes (captured as tape-2012-060.1990-09-04.talk-back.1990-election.metz-as-guest.same-episode-as-tape-2012-013-but-better-recording.mp3) included no commercials (they had been skipped during the recording process), but the other (captured as tape-2012.013.mp3) had a couple of election commercials that originally made onto a cassette tape. During most of tape-2012.013.mp3, music can be heard playing as if in the background, and the signal tails off dramatically toward the end. However, the political commercials from that recording have been added to the other recording to create this reconstructed recording for archival purposes.

END_OF_DOCUMENT_TOKEN_TO_BE_REPLACED 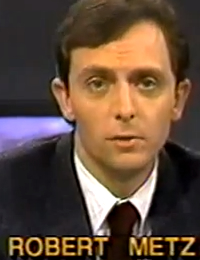 NOTE: the quality of the recording, on the original cassette tape, was quite poor and hissy. An effort has been made to remove hiss and improve the audibility of the voices. If not a sonically-pleasing recording, the words spoken are nonetheless discernable, and the recording serves its essential purpose as an historical record.