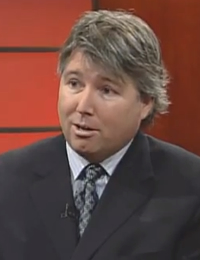 On January 31, 2007, Freedom Party of Ontario leader Paul McKeever and author Balkrishna Naipaul were panelists on “On the Line” with host Christine Williams. In this episode, the panelists discussed: the book “Marriage and Caste in America” highlights income gap associated with divorce; a new Quebec law that could set the stage for a “two-tier system” of health care in Canada; and Preston Manning’s call for balance in the Green debate. END_OF_DOCUMENT_TOKEN_TO_BE_REPLACED

“Freedom Party leader, Paul McKeever, was in Burlington today as a guest on CTS’s popular afternoon talk show On the Line with Christine Williams…” Click here to read the full media release.

“Freedom Party today confirmed that it will be bringing its ‘Lower Taxes, a Better Life’ campaign to voters in all three Ontario by-elections to be held on February 8, 2007. ‘Freedom Party’s candidates will make sure that these by-elections are not what journalist James Travers today described as a Seinfeld Election: an election about nothing’, says Freedom Party leader Paul McKeever…” Click here to read the full media release. 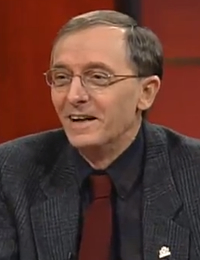 On January 22, 2007, Freedom Party of Ontario president Robert Metz and Shahid Akhtar (Canadian Association of Muslims and Jews) were panelists on “On the Line” with host Christine Williams. In this episode, the panel discusses a U.K. Celebrity Big Brother show that has “ignited a racial furor”; does the Ontario Work for Diploma program make sense?; and shelters for smokers have critics fuming. END_OF_DOCUMENT_TOKEN_TO_BE_REPLACED

“Hours before leaving with a trade delegation to India, the birthplace of Buddhism, it was announced that your government has scheduled February 8, 2007 as polling day for by-elections in three electoral districts in your home province of Ontario, Canada. As you should know, February 8, 2007 is the date on which many Buddhists observe Parinirvana (also known as Nirvana Day), which marks the death of Buddha…” Click here to read the full media release.

The balance of the episode is about the hilarious hypocrisy of Progressive Conservative party leader John Tory. Tory’s recent attempt to appear tough on drugs exploded in his face when it was discovered he had written an article in which he admitted carrying a half-pound of marijuana, getting so high that he went temporarily mute, and driving while his depth perception was extremely impaired from (he says) marijuana use. END_OF_DOCUMENT_TOKEN_TO_BE_REPLACED