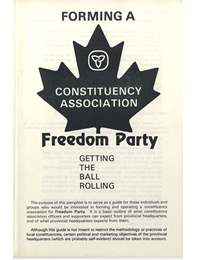 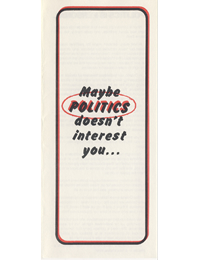 A Freedom Party of Ontario promotional flyer used by the party for years. On February 18, 2013, Freedom Party of Ontario president Robert Metz’s best recollection was that this flyer may have been designed and used as early as January 1, 1984. Freedom Flyer #12 mentions that the “Maybe Politics” flyer was being distributed in the summer 1988. Three versions have been found in the archives so far. All three have Freedom Party’s original Richmond Street address in London written upon them. Freedom Party left that address in late January of 1994. END_OF_DOCUMENT_TOKEN_TO_BE_REPLACED 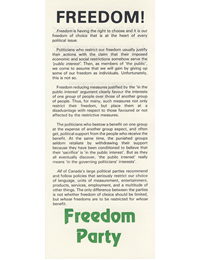 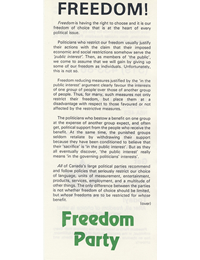 This is one of five versions of Robert Metz’s “Freedom!” issue paper. This first of five (five that we still have in the archives) was produced in January of 1984. END_OF_DOCUMENT_TOKEN_TO_BE_REPLACED 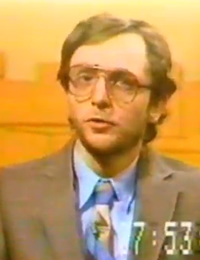 VIDEO – DESCRIPTION:
In 1984, Freedom Party of Ontario President Robert Metz was interviewed about the founding, nature, goals, and plans of the party. END_OF_DOCUMENT_TOKEN_TO_BE_REPLACED