In anticipation of the June 7, 2018 Ontario provincial election, Freedom Party of Ontario released its 2018 Election platform in the early morning of February 13, 2018. In 2011, Freedom Party had released the world’s first-ever election platform audiobook and, for 2018, it again produced an audiobook version of the its platform (released at the same time). In the run-up to the election, the plaform also could be viewed in html format. END_OF_DOCUMENT_TOKEN_TO_BE_REPLACED 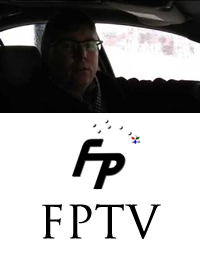 VIDEO – DESCRIPTION:
In this information-packed video, Freedom Party of Ontario leader Paul McKeever explains that the “fiscal gap” is a myth…a myth promoted by provincial politicians who are afraid of being accountable to the public for raising taxes or cutting spending. Paul also explains the dangers, to confederation and to the democratic process, of provinces seeking to balance their budgets with federal tax revenues. END_OF_DOCUMENT_TOKEN_TO_BE_REPLACED

“Freedom Party of Ontario leader, Paul McKeever, praised the Supreme Court of Canada’s decision today which declared unconstitutional a Quebec law prohibiting individuals from spending their own money on health care services. His party views the decision as added fire-power for its unique stand on the issue leading into Ontario Election 2007…” [Click here to read the full release]

August 25, 2003 – Oshawa – “Eves is doing Ontario a real disservice here”, says Freedom Party of Ontario leader, Paul McKeever. “The Federal and Provincial governments are not in a parent and child relationship: they are, instead, parts of a two-piece puzzle. Every time Eves begs the federal government for money he reinforces the false perception that the feds run the show. The reality is quite the opposite. Mike Harris knows that. Ralph Klein knows that. Preston Manning knows that. I, most certainly, know that…” [Click here to read the full release] 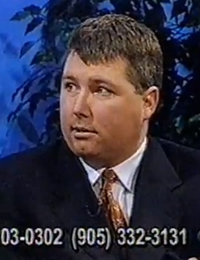 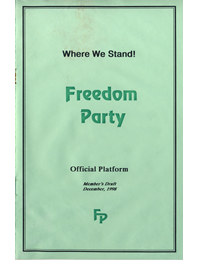 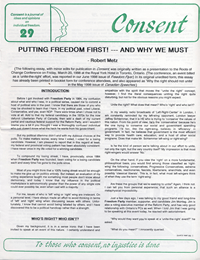 Contents:
“Putting Freedom First — And Why We Must” by Robert Metz
“Repeal the Charter” by Ron Leitch
“Predator” by Michale Gries & Dr. Walter Block
“My Generation” by Karl A.S. Baldauf END_OF_DOCUMENT_TOKEN_TO_BE_REPLACED

In this episode of Left, Right, and Center, host Jim Chapman asks the panelists about the Latimer case (the father killed his disabled daughter, and the question was whether it was murder or some form of legal euthanasia) and a judge’s finding on constitutional grounds that Latimer would not be sentenced pursuant to a mandatory minimum sentence set out by statute; and about third party liability.