Re: Islamic Prayer Session at the Royal Ontario Museum

I am writing to you today in response to a report, published late yesterday, that the Royal Ontario Museum allegedly was allowed to be used as a place of organized religious worship on May 21, 2012: the Monday of Ontario’s Victoria Day long weekend. A patron of the museum reported that, on May 21, while he was attending the museum: END_OF_DOCUMENT_TOKEN_TO_BE_REPLACED 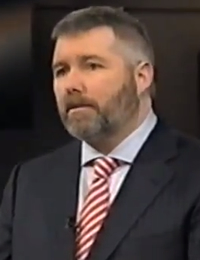 On October 15, 2011, Freedom Party of Ontario leader Paul McKeever and Farzana Hassan (Former President, Muslim Canadian Congress) were panelists on the first episode of “Inside World Report” with host Christine Williams. In this episode, the panel discusses the separation of church and state, what it is, and whether it is absolute. END_OF_DOCUMENT_TOKEN_TO_BE_REPLACED

If voters elect a Freedom government on October 6, 2011
organized prayer services will not resume in November

This election commercial was aired on Sun News Network during the Ontario general election of 2011 to promote the party’s 2011 election plank: Separating Prayer from Official Government Proceedings.

Transcript: “Since 9/11, Canadian soldiers have continued to be murdered by people who believe that government should be the hand of god. But did you know that, in 2008, Ontario’s Liberals and Progressive Conservatives decided officially to open the Ontario Legislature’s daily proceedings with prayers to Allah and several other gods? Democracy’s enemies must learn that, in Ontario, the government has no authority other than that delegated to it by the people it serves. A Freedom government will eliminate official prayer in the Ontario Legislature. Freedom Party: defending democracy. END_OF_DOCUMENT_TOKEN_TO_BE_REPLACED 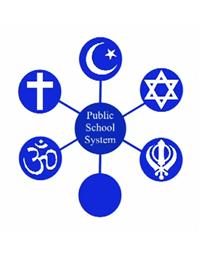 This election commercial was aired on Sun News Network during the Ontario general election of 2011 to promote the party’s 2011 election plank: Separating Public Schools and Organized Religious Practice.

This audiobook places each plank in a separate chapter, for ease of navigation. Compatible with Apple iTunes, iPhone/iPod/iPad, and other smart phones/tablets. END_OF_DOCUMENT_TOKEN_TO_BE_REPLACED

August 3, 2011 – The St. Thomas Times-Journal (SunMedia/Canoe) today ran a large and well-researched story today about the release, yesterday, of Freedom Party of Ontario’s “Separating Public Schools and Organized Religious Practice” plank. Writer Nick Lypaczewski sought comments about the plank from the Progressive Conservative candidate running against Freedom Party leader Paul McKeever in the riding of Elgin-Middlesex-London, and spoke to a superintendent of education with the Greater Essex County District School Board about its “pilot” project to teach public school children in Arabic. Click here to read the article. Don’t forget to share it with your friends and acquaintances. And be sure to send a brief (3 to 5 sentence) letter to the Editor, expressing your views about the story, and the issue. You can submit your letter to the editor of the St. Thomas Time-Journal here. END_OF_DOCUMENT_TOKEN_TO_BE_REPLACED