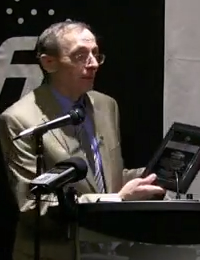 Part 1 (this part): Robert Vaughan gives the traditional Toast to Freedom; Freedom 200 pins are awarded to Dave Durnin, Al Gretzky, and Andrew Lawton; the Conductor Award is awarded to Tim Hodges; and Freedom Party President is awarded the Founder Award for his role in founding Freedom Party of Ontario in 1984.