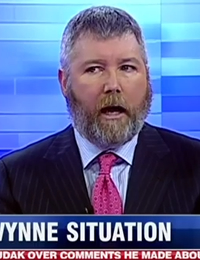 On March 31, 2014, Freedom Party of Ontario leader Paul McKeever was a guest of Sun News Network’s “Straight Talk” program, which was guest hosted that day by 1010 CFRB (AM – Toronto) radio personality Ryan Doyle. The subject of discussion: Tim Hudak making allegedly defamatory statements about Ontario Premier Kathleen Wynne, and about the march of Andrea Horwath’s NDP MPPs out of the legislature (done in protest that Kathleen Wynne was not present, and so could not answer questions about the allegations).