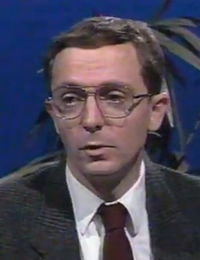 On October 16, 1992, Freedom Party of Ontario president Robert Metz appeared on London Community Channel 13 to explain why Canadians should vote against adoption of the Charlottetown Accord: a proposed set of amendments to Canada’s constitution.