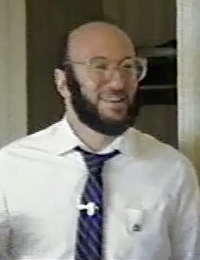 On October 29, 1989, Freedom Party of Ontario held a brunch at the Regal Constellation Hotel in Toronto (900 Dixon Road). The party’s guest speaker was Dr. Walter Block, in his capacity as Chief Economist with Vancouver-based Fraser Institute. Block attended to shine light on economics, capitalism, and the environment from the perspective of the Austrian School of economics. Block’s speech is here provided for its historical and economic value, and not for its philosophical message (which runs contrary to Freedom Party’s: whereas Block is libertarian/anti-state, Freedom Party is pro-freedom).

Also included in this video: Professor William H. Peterson’s introduction of Walter Block; Mary Lou Gutscher’s speech about (among other things) how Freedom Party came about; and Freedom 200 pins being awarded to 6 Freedom Party contributors, including Jack Plant, who would years later become the leader of the party.

NOTE: Dr. Block’s speech was transcribed and reprinted in the pages of Freedom Party’s publication Consent (issues 13, 14, 15, and 17).

Direct links to the various parts of the video: