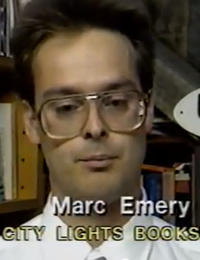 On or about June 29th, 1987, a private members bill was passed in the Ontario legislature which carved out an exemption – for small bookstores like FP Action Director Marc Emery’s “City Lights Book Store” – from the mandatory Sunday closing law set out in the Retail Business Holidays Act. Book sellers – especially Emery – had been among the most vocal critics of the ban on Sunday selling. Emery viewed the bill as an attempt to give him nothing to complain about. However, the bill just gave Emery a new way to impose what he and Freedom Party saw as a law that offended individual liberty and property.