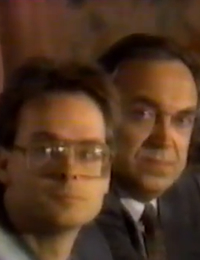 On April 21, 1987, CBC did a news story on Freedom Party of Ontario’s Paul Magder Dinner, which raised money in connection with the campaign for choice in Sunday Shopping.