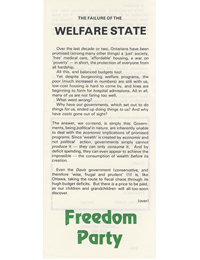 This is one of two versions of Murray Hopper’s “The Failure of the Welfare State” issue paper. The two versions were published on the following dates: