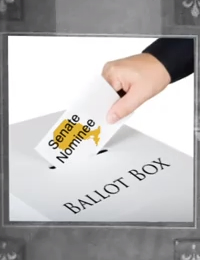 This video was released to promote the party’s 2011 election plank on Electing Ontario’s Senate Nominees.

Transcript: “The Senate. They call it Canada’s house of sober second thought. But since the birth of Canada, Canada’s Liberals and Progressives have treated it as a retirement club for party loyalists. Hello, I’m Paul McKeever, leader of Freedom Party of Ontario. A Freedom government will give you what Ontario’s Liberals and Progressive Conservatives have denied Ontario for over 143 years: the democratic right to elect Ontario’s Senate nominees. Another forward-looking idea from Freedom Party.”