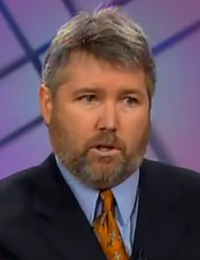 On August 13, 2009, Freedom Party of Ontario leader Paul McKeever was a panelist on “On the Line” with host Christine Williams. The panel discussed a Canadian stranded in Kenya, a concert that was canceled after a man refused to part with his Kirpan, and the “Frenchizing” of British heritage street names in Quebec.