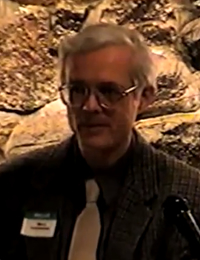 On October 23, 1999, Freedom Party of Ontario held a dinner in support of London landlord Elijah Elieff’s civil action against Susan Eagle, the London Free Press, and others. Elieff had been smeared in the press. He also had been falsely accused of having engaged in racial discrimination against some of his tenants (the Human Rights Board of Inquiry found he had not engaged in racial discrimination). His name having been dragged through the mud, and he having been financially ruined due to activism by those who sought to take control of his apartment buildings and turn them in to a housing co-op, Elieff now was proceeding with a civil suit against those he believed were responsible.