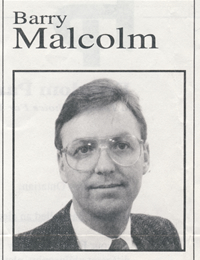 AUDIO – DESCRIPTION:
On May 30, 1995, Rogers Community TV (channel 13) in London, Ontario, and Radio 98 (AM980, London, Ontario) co-hosted a one-hour televised/radio-broadcasted candidates debate for candidates in the riding of Middlesex, including Freedom Party candidate Barry Malcolm, and the PC, NDP, and Liberal candidates.

NOTE: this recording is captured from a 1 hour audio cassette (30 minutes per side). The first 20 seconds or so of the recording are of low volume/quality. Also, there is a temporary loss of audio at the 30 min: 50 sec. point at which the tape, when used to record the broadcast, was flipped over for the purposes of recording the second half-hour of the one-hour program.