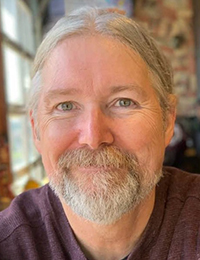 Pusateri’s is a Toronto retailer that is being attacked on social media for reportedly charging $30 for one package of Lysol disinfectant wipes. Critics of the decision to set that price call it an instance of “price gouging” – i.e., charging more than the usual price during a time of usual-supply and unusually-high demand – and condemn it morally. Asked to weigh-in on what Pusateri’s was doing, Ontario Premier Doug Ford was “furious”, exclaimed that the pricing was “absolutely disgusting”, and advised that his government was “gonna come after [“price gougers”] hard” using emergency powers he has given himself in response to the spread of the Coronavirus. “They’re done! They’re gonna be gone!”, he exclaimed, referring to Pusateri’s as a “bad actor”. He, and the self-righteous anti-“price gouging” scolds, should have been thanking Pusateri’s for performing an essential function.

What economists call the “price system” is so basic that we all come to understand it as children. If the price of a good or service is higher, we are less likely to buy it than were its price lower. So, when there is not enough of a good or service for everyone to have it right now, in any quantity, raising the price reduces the number of people who want to pay for the good/service, or reduces the quantity of the good/service that people buy. In this way, demand is persuaded not to exceed supply.

Now, ask yourself: Will some people who have $30 available to them decide against using that money to buy one package of Lysol wipes? The clear answer is: “Of course”. Some people will decide that their $30 would be better spent on other things, at present (e.g., food, perhaps). Now ask yourself: Would any of those very same people decide to buy one or more packages of Lysol wipes if Pusateri’s was still selling them for $5? The clear answer, again, is: “Of course”.

But “Of course” is only a part of the answer. When the demand for something really important – e.g., food, toilet paper, or, during a viral outbreak, Lysol wipes – is greater than the available supply, buyers fear that if they do not buy more than they currently need, they might not have what they need days or weeks into the future. The urge for many people – which we’ve seen on any number of youtube videos in recent days – is to essentially take the attitude: “Early bird gets the worm, sucks to be you”. The result of that fear and disregard is: hoarding…sometimes even fistycuffs.

The result of the hoarding is empty shelves. The clear example, today, is the seen-everywhere empty toilet paper shelves. Apparently, fearing that the government would quarantine them in response to the viral spread (and it was clearly a justified fear), folks bought an unusually large quantity of toilet paper. Fearing the virus, they bought an unusually large quantity of Lysol wipes. They left behind toilet paper shelves reminiscent of those found in Venezuela: empty. The hoarders took it all. Everyone else was left wondering if they would be resorting to disgusting or plumbing-damaging alternatives to bum tissue, and praying that soap and water would be good enough in the absence of Lysol.

There is, of course, a ripple effect. Retailers have to decide whether to order an unusually large quantity of paper/wipes. If they buy too much, they might not have anywhere to put it without investing in more storage. And they might not be able to buy as much as they want because the manufacturer might not be willing or able to manufacture as much as is wanted by wholesalers and retailers. For example, a factory might already be manufacturing at full-speed. Or, by say doubling production now, they might be guaranteeing a slump in orders weeks or months from now. And, if they have such a slump, they’ll likely need to lay-off workers.

In short: hoarding screws up everything and makes a bad situation much worse for a longer time. So let’s get back to this “price gouging” issue.

By charging higher than the normal price for goods that are in short supply due to a fear-inducing crisis like the Coronavirus spread, hoarding is discouraged. There’s no point in pulling up a truck to Pusateri’s and loading it up with all of the Lysol wipes that Pusateri’s has to sell if it’s going for $30 a pop. Within weeks – after the hoarders have all the Lysol wipes they need to feel secure – there will be plenty of Lysol wipes on the shelves; enough to meet everyone’s demand for them. The moron who buys a truck full of $30 Lysol wipes will discover himself to have made a stupid investment when he sees shelves with plenty of $5 Lysol wipes in a few weeks.

The price system brings down demand to the level of available supply. It ensures that, when demand exceeds supply, people think very, very carefully about their immediate needs. They are discouraged from thinking “Heck, they’re only $5, let’s load up to be safe!”. They are encouraged to buy only what they need, when they need it.

For those who would reply that the same control on demand can be effected by placing a N-per-customer limit on high-demand products: you’re not thinking like a hoarder. A family of four can enter a store with a one-per-customer limit, and each can buy one. Alternatively, they can come back to the store over and over again. Alternatively, they can make the rounds at numerous stores. But hoarders cannot play such games when the price of goods is increased, unless they’re willing to break the bank.

Now, I can hear some of you saying: “Pusateri’s was just trying to make a killing on Lysol wipes! They don’t give a damn about discouraging hoarding!”. I sincerely doubt that the owners of Pusateri’s are going to be buying a Lambourghini with the extra hundreds or thousands of dollars they could have made (see below) selling Lysol wipes for $30 per package for a few weeks. I’m sure they’re doing just fine, thank-you very much, without the tiny profits to be made selling Lysol wipes. I’m reasonably confident that they’d be perfectly happy and profitable even if they chose not to sell Lysol wipes at all (and frankly, were I the owner, I’d be tempted to stop selling them for a while, because the bullying they’ve received from the economically ignorant and greedy anti-pricing-system scolds is just not worth the chump change to be made selling a few packages of Lysol wipes).

But let’s play along with the morons – after all, the Premier did – and assume that Pusuateri’s owners will be bouncing around on beds of cash as a result of charging $30 per package for a few days or weeks. That changes nothing.

The price system works whether the seller is doing it to stuff his pockets or to prevent hoarding and better serve those of his patrons who really, really need Lysol wipes. If you’re really in need of Lysol wipes, would you rather see none on the shelf than see it priced at $30? If your answer is yes, then you don’t really need the wipes like others do. If your answer is no: Why should you care that Pusateri’s was financially rewarded for pricing that ensured that they had some Lysol wipes to sell to you? Frankly, that’s what the extra profit is: a reward for ensuring that demands did not exceed Pusateri’s available supply, so that there would still be some on their shelves for you to buy.

The Hypocrisy Of Opposing “Price Gouging”

I would be remiss in failing to point out the hypocrisy of the folks who would criticize a retailer for “price gouging”. Consider, as an example, that extremely low price of gasoline at present. Part of that price dip is caused by the Middle East flooding the market with an above-normal amount of oil. However, part of it is also the fact that the governments have us all staying home so as to lower demand for their ill-equipped (usually government owned-and-operated) hospitals as the Coronavirus spreads and sickens the most vulnerable. Traffic is exceptionally sparse. People aren’t driving, so they are not consuming gasoline. Gasoline sales are way down.

What does a humble gasoline retailer do when demand for his product is much lower than his supply? You guessed it! He lowers prices to encourage people to buy more gasoline than they normally would buy. In a word, he encourages them to…hoard.

Just last night, I was at a local Shell dealer buying some exceptionally inexpensive high-octane fuel for my gasoline-hungry V8. At the pumps near mine were a husband and wife. Both were taking advantage of the low prices. She was topping up their fuel devouring V8 pick-up truck, and he was giving his Ford Mustang a full helping of the hi-test gasoline.

Now, while this was going on, do you know what none of us saw or heard? There was nowhere to be found a person to shame us gasoline consumers for, in effect, price-gouging the gasoline retailer. Let’s face it, he probably won’t be able to make ends meet despite the sales. He has overhead – electricity, labour, etc. – that he has to pay whether he makes enough money to pay for it or not. Where were the scolds calling for the Premier to condemn people who gouge retailers by taking advantage of their hardship during this Coronavirus crisis? Absent.

And, do you want to know why? Because, at the end of the day, the whole “price-gouging” complaint is nothing but the whine of an economically ignorant, greedy person who imagines all business persons to be bazillionaires (when most business owners are just middle-income schmucks like their patrons), who hate and resent anyone they think to have more money than them, and who do not give a damn about the fact that you’d be out-of-luck when it came to finding Lysol wipes at Pusateri’s if Pusateri’s did not raise the price. Behind every anti-“price gouging” activist is an awful, small, envious and hateful little snake of a person; a person who cares more about getting Lysol wipes for $5 than about whether there will be any available for you.

The Premier and the Scolds Owe Pusateri’s An Apology

Finally, let’s address Premier Doug Ford’s response to the complaints about the price. Given the essential role that the price system plays in discouraging hoarding at a time like this, the only thing I find infuriating and disgusting is that the Premier was infuriated and disgusted. It is vicious for his government to thuggishly exclaim to an honest retailer that the Ford government – a government that once pretended to be in favour of a province that was “open for business” – would “come after [Pusateri’s] hard”. It is an abuse of governmental power, not only even when hoarding is a problem, but especially when hoarding is a problem.

There is a sad and unfortunate ending to this story. Pusateri’s has released a statement, in response to the Premier’s economically and morally ignorant temper tantrum, saying that the pricing was a mistake, that it apologizes, and that it will offer a refund “to every individual who purchased this product”. To be bullied into apologizing for a virtuous, anti-hoarding, pro-patron act is among the gravest forms of injustice.

The Premier owes Pusateri’s – and all retailers who responsibly have discouraged hoarding by raising prices – an apology. Consider visiting Pusateri’s this week, and thanking them for being a good neighbour at a time of disrespectful hoarding.

{Paul McKeever is the leader of the Freedom Party of Ontario, an officially registered provincial political party: https://freedomparty.on.ca}