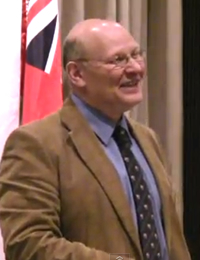 On October 27, 2012, Freedom Party of Ontario held its “3 Rs” dinner at the Primrose Hotel in Toronto. The video of the event was released in parts. This is Part 4: A speech by Michael Coren (author, Sunmedia columnist, and host of “The Arena” on the Sun News Network). Coren’s speech dealt broadly with various instances of moral relativism and its relation to education and Islam. This part also features post-talk interactions by attendees to the dinner.