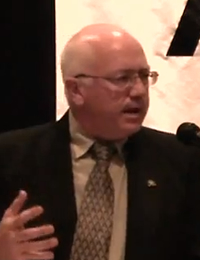 On April 21, 2012, Freedom Party of Ontario held its “Red Alert” dinner on the top floor of the Primrose Hotel in Toronto. The video of the event is being released in parts. This second part features a speech by Freedom Party officer and election campaign manager Robert Vaughan, who MC’d the event.