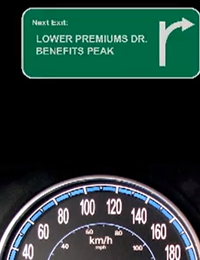 This election commercial was aired on Sun News Network during the Ontario general election of 2011 to promote the party’s 2011 election plank: Restore Fair Auto Insurance.

Transcript: “Ontario’s Liberals imposed no-fault auto insurance in 1990. The no-fault system has been a failure. No-fault has forced drivers to pay higher premiums for shrinking benefits. Most of us are afraid to make an insurance claim. A Freedom government will change the law. Your premiums will not increase when another driver is responsible for injuring you or damaging your vehicle. Restoring fairness in auto insurance. Freedom Party.”