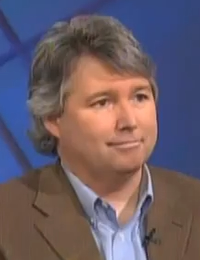 On May 18, 2010, Freedom Party of Ontario leader Paul McKeever was a panelist on “On the Line” with host Christine Williams) along with Ali Cheaib (President of the Hamilton Council of Canadian Arabs). In this episode, the panel discussed free speech and the meaning of “hate speech”; Graham James, Karla Homolka and proposed changes to rules that would require more time to pass before receiving a pardon; should de-programming of Islamic radicals be supported with tax revenues?