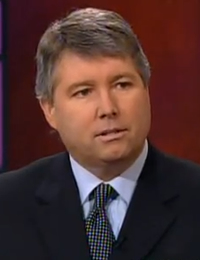 On February 24, 2009, Freedom Party of Ontario leader Paul McKeever was a panelist on “On the Line” with host Christine Williams. Also on the panel was George Breckenridge (political science professor at McMaster University). In this episode, the panel discusses: What has happened to Canadian anti-Americanism in Canada since Barak Obama’s election?; why was the re-enactment of the Battle at the Plains of Abraham canceled?; Auto-industry bail-outs.