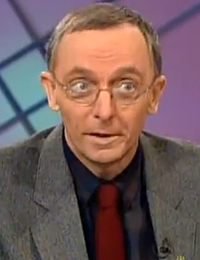 On July 8, 2008, Freedom Party of Ontario president Robert Metz and Husein Hamdani (President, North American Spiritual Revival) were panelists on “On the Line” (CTS) with host Christine Williams. In this episode, the panel discusses: a large Tamil rally in Toronto condemns Ottawa for banning a Tamil group (Tamil Tigers) under anti-Terrorist law; a Toronto man loses a court battle to have OHIP reimbursement him for a transplant he had overseas; a “puzzling and misguided” trend of apologizing for events of the distant past.