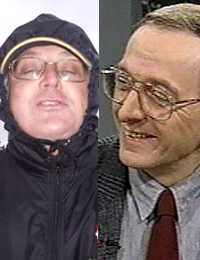 Citing a statistic and suggesting that a Canadian preference for television over print makes Canadians shallow, guest Gil Warren adds that such a situation leads people to support Nazis and…the Freedom Party of Ontario. His assault on those who advocate individual freedom and personal responsibility continues, as he calls Objectivist Ayn Rand a “fascist”. Metz puts a rest to that slander in short order with a to-the-point demonstration of the fact that Rand, in fact, was opposed to virtually everything that Hitler and his Nazis advocated. Warren proceeds to speak in dictator-like terms of the dangers of “allowing” people to have choice in education.