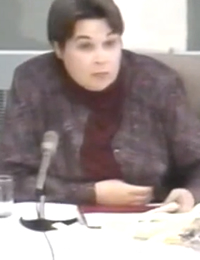 On April 3, 1992, Ontario’s NDP government held a hearing in London, Ontario concerning child day care and a government proposal – titled “Setting the Stage” – essentially to impose a tax-funded government monopoly on the provision of day care services in the province (akin to health care). Robert Metz was one of several individuals who gave testimony at the hearing, and his pro-free-market testimony was very well received by the audience members present. Metz’s presentation is available on this youtube channel as a separate video. This video is the entire recording held in the Freedom Party archive, and includes Metz’s presentation along with the presentations of other witnesses.