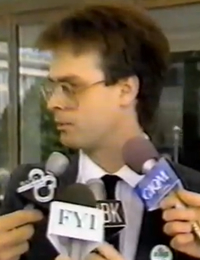 On May 8, 1987, Freedom Party Action Director Marc Emery stood on the steps of City Hall in London, Ontario and announced that Freedom Party would be collecting garbage for free during the strike of city workers.