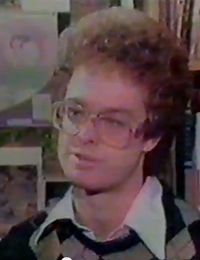 In late fall of 1984, during Freedom Party of Ontario’s “No Tax for Pan Am Games” campaign – opposing taxpayer funding of a London, Ontario bid to host the 1991 Pan Am Games – CBC’s Monitor program did a profile of those in favour of the bid, and those opposed to funding for the bid. Freedom Party’s campaign was initiated by Freedom Party Action Director Marc Emery, who is interviewed. Also interviewed is Gord Hume, then chair of the Pan Am bid committee.